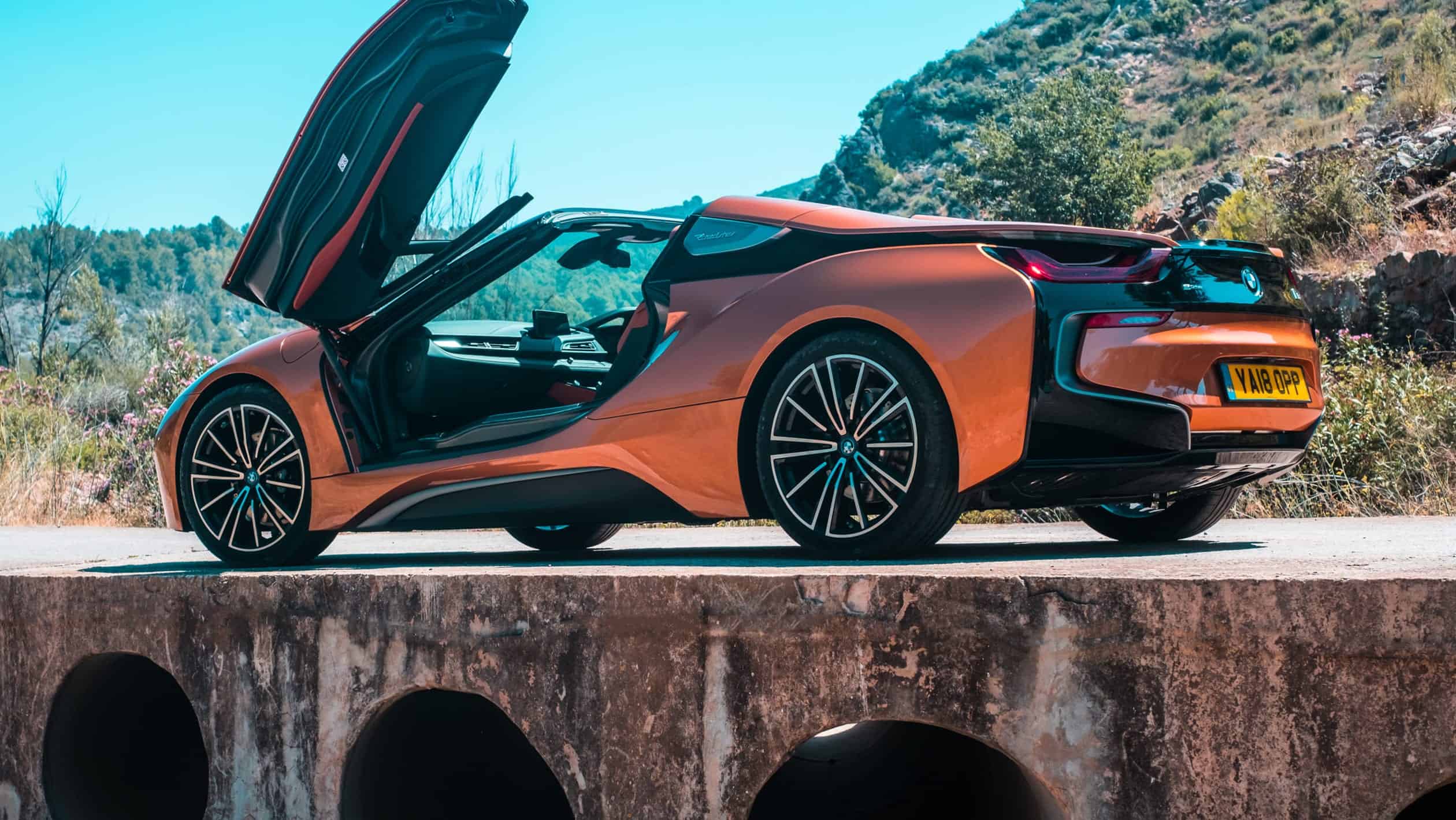 In 2021, modern automotive firms are facing intense demands on all fronts, meaning they are innovating rapidly and at scale. Read on to find out this year’s top 5 global automotive trends – and how 3D printing is helping advance the automotive industry more quickly than ever.

When it comes to the speed at which different industries are embracing technology, there’s no denying that the automotive industry is miles ahead.

The electric vehicles and self-driving cars we used to see portrayed in futuristic movies have now become very real and tested concepts – and have even become a part of our everyday lives. Not only are cars taking on new forms and using different types of energy, in 2021, they’re also manufactured in entirely new ways – and built from materials that are just as new. For example, 3D printing is helping manufacturers build cars that are stronger yet lighter, and according to Dave Paratore, President and CEO for NanoSteel, “about half the steel in cars being used today didn’t exist even 15 to 20 years ago.”

2020 produced an influx of major new electric car models from mainstream manufacturers, including the Volkswagen ID.3, the Honda E and the Vauxhall Corsa-e.

In 2021, you can expect to see more advanced electric arrivals than ever, as manufacturers work hard to meet increasingly tough carbon emissions rules.

To name just a few of the electric models coming onto the scene, look out for Audi’s fully electric Q4 E-tron, the Mercedes Benz EQA and the Skoda Enyaq iV.

Autonomous (self-driving) vehicles seem to be the talk of the town in the automotive industry right now, with Tesla’s CEO Elon Musk stating that self-driving tech will have Level 5 autonomy by the end of 2021, and the UK’s Secretary of State for Transport Chris Grayling even positing that fully autonomous cars will be on UK roads as early as June this year.

Image: A Tesla Model 3, which is fitted with a a partial self-driving system, Getty Images

After the pandemic, consumers have a heightened awareness of the importance of health and wellbeing.

To keep up with new demand, automotive companies are experimenting more and more in 2021 with new health and wellness features that purify the air, have built-in seat massages for tired travellers, and even detect whether the car’s occupants are over the legal alcohol limit.

But it doesn’t stop there. The advanced air filter systems in Tesla’s Model X vehicles were advertised as being so powerful that in ‘Bioweapon Defense Mode’ they could help vehicle occupants survive a military grade bio attack!

According to Forbes, the number of connected vehicles equipped with health, safety and wellness features will increase at a compound annual growth rate of 25% between 2019 and 2025. In other words, health and wellness automotive features are going to be big!

Just as consumers and companies have become more aware of health and safety issues since the onset of the pandemic, awareness around the environmental impact of the manufacturing and automotive industries has also increased. As a result, we will see more and more companies developing technological solutions to the life-threatening problems posed by climate change.

The national and global ‘race to zero’ will see automotive firms looking to reduce and even eliminate their carbon emissions through creating low-emission cars and promoting more sustainable manufacturing processes (such as 3D printing and other forms of additive manufacturing).

Throughout 2020, shoppers turned to online shopping for more than just their groceries. It’s now become normal for consumers to turn to the internet for anything they are looking to buy – from furniture and holidays to houses and cars! In fact, retail sales and online retail sales are expected to grow at an average of 2.5% and 11.5% per year, respectively, over the next five years in Western Europe, with ecommerce driving more than half of retail growth.

Whether this will eventually lead to the death of the glamorous car showroom experience is yet to be determined, but certainly we can expect to see the digital car purchases become significantly more commonplace.

In 2021, 3D printing is advancing the automotive industry by helping it make vehicles that are stronger, lighter and better performing.

In fact, according to SmarTech Publishing, the 3D printing automotive market is expected to reach $2.3 billion in revenue by the end of 2021; a figure the industry is already well on track to exceed.

However, the main driver in 3D printing for vehicles is not printing the entire vehicle, but high-quality car parts and accessories.

The four core applications of additive manufacturing in the automotive industry are:

Often, manufacturers use 3D printing to create smooth, accurate and detailed scale models of vehicle parts and accessories, in order to demonstrate new concepts and designs.

3D printing has become one of the most popular ways to validate a prototype across many industries, and many automotive firms depend on this form of additive manufacturing to create models that are suitable for performance validation and testing.

3D printing can be used for rapid manufacturing and making moulds, allowing automakers to produce samples and tools at low costs.

Here are just three examples of automobile manufacturers using 3D printing in their workflows to up their automaking game:

According to BMW, the company sees “great future potential for serial production and new customer offers” in additive manufacturing. For years, BMW has been using 3D printing to create both plastic and metal car parts and accessories, and to produce parts that wouldn’t be possible to make with other technologies. For example, they used 3D printing to create the i8 Roadster’s top cover. This expanded the cover’s design possibilities, and made it lighter and more durable. Making the mounting for this component would not have been possible using a traditional casting process.

Ford is another company who have been very open about their love of 3D printing technologies, stating: “In the last few decades, Ford has printed well over 500,000 parts and saved billions of dollars and millions of hours of work. Where it would have taken 4-5 months and cost $500,000 to produce a prototype with traditional methods, a 3D printed part can be produced in a matter of days or hours at a cost of a few thousand dollars”.
In fact, one of Ford’s divisions recently printed what they claim is the largest metal car part for a working vehicle in automotive history. This part is an aluminium manifold inlet, printed using GE Additive’s Concept Laser X LINE 2000R, and was installed in the Hoonitruck; a 1977 Ford F-150.

Volvo has largely been using 3D printing for tooling and supply chain management. The use of 3D printing has particularly been useful in restocking the company’s machines with new prints for out of production parts. For example, Volvo engineers recently designed new water pump housings for the company’s A25G and A30G vehicles, and needed to validate the new design using rapid prototyping. Using traditional casting methods, the cost of this project would have been around $9,090, with the part cost around $909, with the lead time for producing the prototype being a minimum of twenty weeks. However, thanks to 3D printing, the prototype only cost $770, and took the company just two weeks.

Frederick Andersson, Development Engineer for Wheel Loaders Powertrain Installation at Volvo CE, said this of rapid prototyping using 3D printing: “As we only need to produce low volumes of parts for prototyping, it’s a good way to see what works. We have a lot of knowledge and we can make changes quickly and easily with 3D printing. Because of this, it means that the time to market for a new product is quicker, so it’s of great benefit to our company.”

In 2021, modern automotive firms are facing intense demands on all fronts; the demand for better performing, more environmentally friendly vehicles, the need to streamline supply chains and logistics, the need to stand out amongst growing competition, and the need to cater to post-pandemic changes in consumer trends.

However, necessity is often the mother of invention, and in 2021, the possibilities of automotive design and innovation are looking more exciting than ever. In particular, one technology that is helping automotive firms innovate rapidly and at scale is additive manufacturing, which is transforming the way carmakers design concepts, rapid prototype and create custom parts.

While it remains to be confirmed whether self-driving cars will take to the roads this year, or what the future holds for the in-person car showroom experience, one thing is for certain: in the competition between old and new, technology is winning the race.