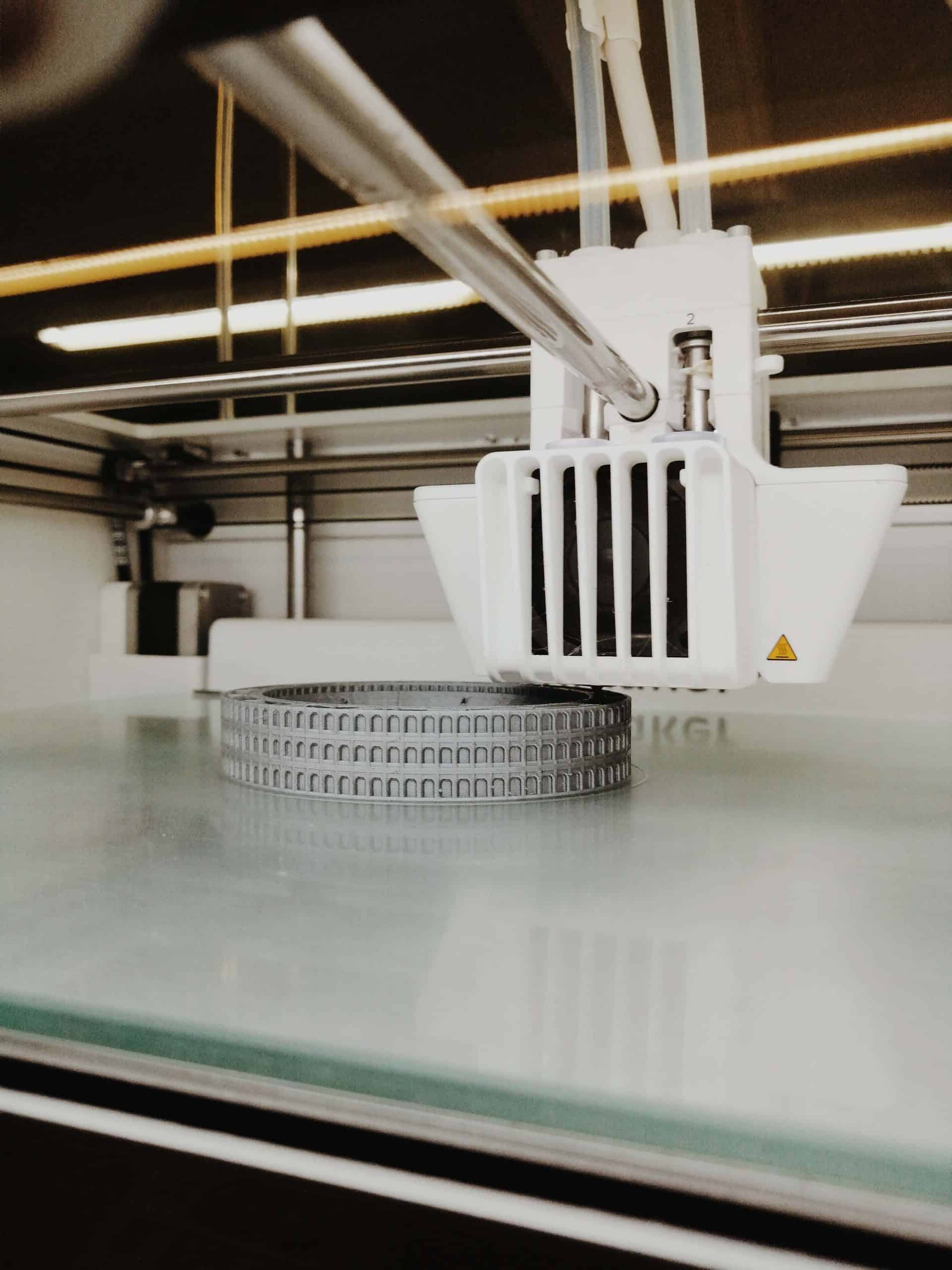 3D printing has already exceeded expectations in many fields and is hailed as a game-changer in the world of manufacturing technology. We take a look at some of those predictions.

Additive manufacturing technology has evolved dramatically since the days when we were all creating 3D printed novelty cartoon characters and watching with wonder as television painted a rather sci-fi image of a future with 3D printing at the heart of the home. In recent years, 3D printing has indeed become democratised, and even if not an integral part of everyday home life, ordinary people are able to afford this technology. However, the domestic market is already slowing and, by comparison, the development of 3D printing as a manufacturing technology is gargantuan. Particularly applicable to industries where innovation and complex components are commonplace – such as aerospace, automotive and medical markets – additive manufacturing has been embraced, not only for rapid prototyping but also with an eye to serial production. There is seemingly no end to the limits to which this on-demand manufacturing technology can be pushed. We take a look below at some of the predictions for the future of 3D printing.

The majority of 3D printing is currently used for rapid prototyping during the development phase of production, where the 3D printed component is used as a sample rather than a final, functional solution. Higher quality output, improved materials and bespoke finishes will move the market towards using the technology for serial production. We are already seeing the adoption of additive manufacturing technology in areas where cost- and weight-reduction are paramount and where fast response times provide a competitive edge. There is no reason for larger scale manufacturers not to look to 3D printing for the same benefits. GE Aviation used 3D printing to take a nozzle for a jet engine from an almost impossibly intricate build made up of 20 separate pieces, to a single-piece 3D printed in a nickel alloy, weighing 25% less than their usual nozzle and five times more durable. Their former head of engineering describes the manufacturing technology as ‘an engineer’s dream’.

Although the actual printing process in additive manufacturing is automated, the level of human intervention in both the setup and finishing of production is still disproportionally high. A shift towards better simulation software and smarter tools will allow 3D printing to be better integrated into the automated production processes.

Whilst additive manufacturing is, by its very nature, less wasteful than existing subtractive processes, we are likely to see a further shift towards energy efficiency and recycled or reusable media. The University of Louisville have found a process that will transform the 8 million tons of soybean husk produced every year during the processing of soy, into micro and nano scale fibres that can be used for fibre composites and thermoplastic packaging products in 3D printing.

4. Customised prosthetics and organs for healthcare

Whilst 3D printed prosthetics are already starting to gain wide acceptance, we’ve not seen much uptake as yet in bioprinting. The 3D printing of tissues and organs will become commonplace as the technology matures and people become more comfortable with the concept. e-NABLE is a global community of volunteers who use their domestic 3D printers to make free prosthetic limbs for children and adults who have lost limbs through war, natural disasters and accidents. Their open-source designs mean that just about anyone with access to additive manufacturing technology can get involved.

Metal printers will become cheaper, with better tolerances and higher quality finishes, which will, in turn, create a greater uptake in the market. One of the fastest growing segments of the additive manufacturing market, 3D printing in metal is already widely used for the rapid prototyping of components. However, because 3D printing can facilitate the production of parts with internal structures and shapes that cannot be machined, this is a potential game changer and could drive the push to serial production of metal components. One of the world’s largest metal 3D printing machines is already making entire rockets for NASA to be trialled in space during the coming year.

Bespoke medication is the goal of 3D printing in the pharmaceutical sector. This would enable manufacturers to combine multiple prescriptions into a single pill which is then printed on demand, saving billions in healthcare – not to mention saving lives. There are some drugs on the market which are already produced through additive manufacturing, an example being Spritam, an epilepsy drug and the first 3D printed medicine to be approved by the FDA. The main benefit currently is that the dosage can be customised for the recipient so that the dosage is accurate in a way that mass-produced drugs are not.

3D printing in the automotive industry is mostly used for product development and rapid prototyping. In the future, we can expect to see more and more cars with 3D printed parts, allowing for bespoke customisation of vehicles. We’re not going to see fully 3D printed vehicles in the general marketplace just yet because the technology is not ready to replace the current processes involved in volume production of vehicles, but the potential is there. However, that’s not to say that it isn’t currently feasible; NERA is the first 3D printed e-motorbike, with all parts except for the electronics produced through additive manufacturing.

Composites are lightweight, strong materials usually found in industries such as aerospace, automotive, and oil and gas. Their production is costly in terms of labour and resource, but material development is allowing more of these to be 3D printed with the potential to scale the process up to larger volumes. This could make lighter, stronger components available for serial production and reduce costs.

There are already examples of some 3D printed homes, but as the cost savings, flexibility and efficiency of on-site printing become increasingly attractive to both architects and the construction industry, we can expect to see more homes produced through additive manufacturing in the coming years. As innovative architects around the world tussle to out-do one another, this project by SQ4D claims to be the world’s largest 3D printed home at 1900 square feet, only taking 48 hours to print over an eight-day period.

Whilst much of the innovation and development in the world of additive manufacturing is based around manufacturing technology in engineering settings, not all 3D printing is destined for industry. The possibilities that 3D printing opens up is also catching the eye of fashion designers. With the ability to grow a fabric 3-dimensionally and define the characteristics of that garment – flexibility, waterproofing, opacity – not only can clothing become aesthetically novel, but also functionally smart too. These dresses from ThreeASFOUR were designed as a point of crossover between biomimicry and fashion.