PS5 and Xbox Series X the NEXT GEN console battle is upon us, now that Sony has finally released the much anticipated console, PS5 we can battle both consoles to see which one is really powerful.

Both Sony and Microsoft help elevate the video game in mainstream culture and popularise 3D graphics and home console gaming. Through the spirit of innovation, Sony and Microsoft use technology to make a generational leap in real time interactive entertainment continued which each screen platform of PlayStation 2 and 3 and Xbox 360 ad Xbox one.

With their previous generation consoles which are 7 years old now since they came out, PS4 and Xbox One came with added refined features and proved to always stay ahead of their customers or player’s needs.

As you might have heard that the Xbox Series X is more powerful than the PS5, however they are quite a few ways in which PS5 significantly tops the Xbox Series X, without further generalization here are the full specs comparison between the PS5 and Xbox Series X focusing on: Design, CPU, GPU, Memory, Storage, Special features/design, Exclusive games, Cost, and the manufacturing/ texture and surface finishing processes used per components. 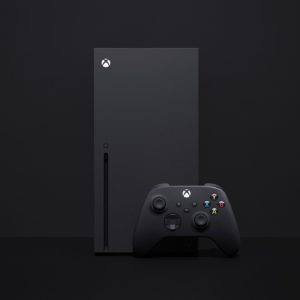 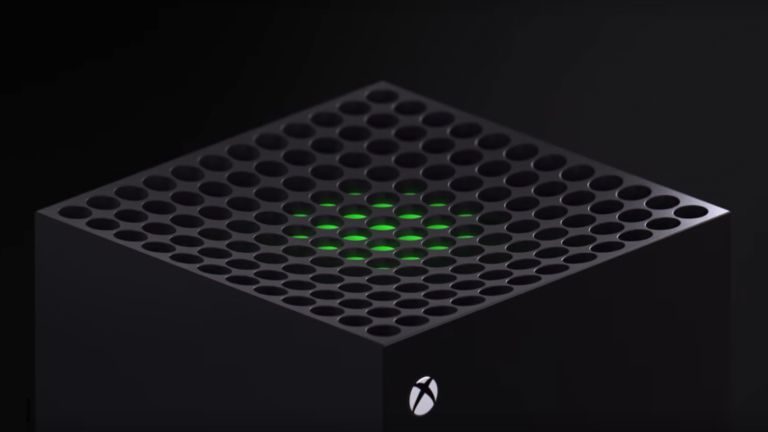 The design is simpler in nature when compared to the new PS5 allowing for simplistic cooling via the bottom of the machine axial fan and out of the top designed for optimal air flow. (70% more airflow than the previous generation).

The form factor of the machine is defined by the amount of power it needs to process. The design is made of different aspects – the optical drive, heat sink volume and height is dictated by the airflow. The signature large holes on the top of the machine are used to expel the large amount of airflow needed by the machine. 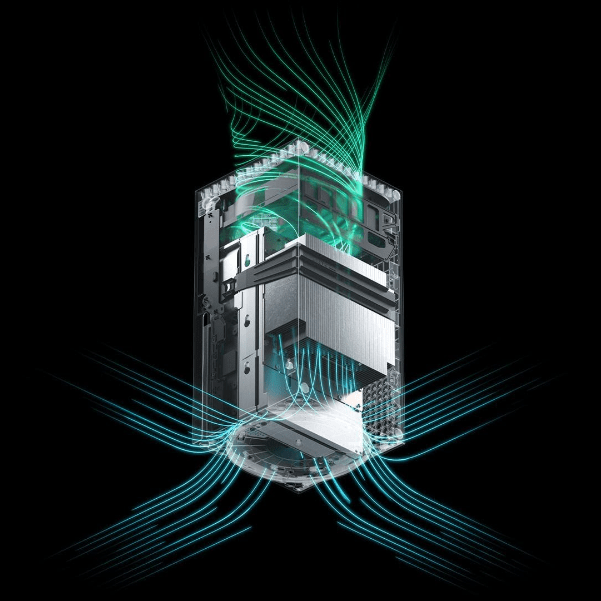 The manufacturing consists of plastic moulding, ultrasonic welding and heat staking. The controller of the X box X is an evolution of the controller design with much of the same components used, however small changes have resulted the design.

Both the rectangular box and its curved surface controller are bead blasted to a smooth flat matte finish. This finish provides gamers with smooth consistent feel throughout the playing whether your hands are sweating/wet or dry. 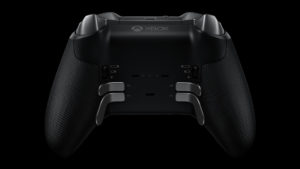 Sony unveiled the PS5 console, as you can see it is far better looking than its competitor the Xbox Series X. 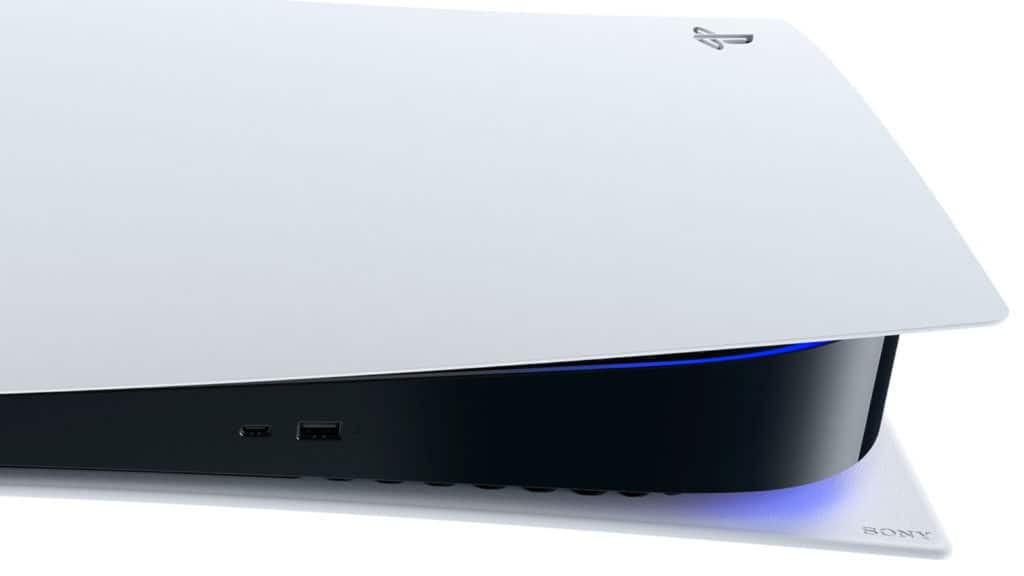 In term of CPU the Xbox Series X seems faster and more powerful than the PS5, however Microsoft indeed confirmed that with adding the SMT the clock speed will drop from 3.8 GHz to about 3.6 GHz which makes it more comparable to PS5 when it comes to speed. Since most games application require takes advantage of SMT the Xbox Series X is not that powerful as compared to PS5 although it does have a small speed advantage.

The PS5 has a lower number of TFLOPS than the Xbox series X, which is about 1.88 TFLOPS difference. But again the PS5 uses a much newer GPU architecture which is RDNA -2 and is not the same as the PSU of the PS4. Generally when you calculate the rom performance of the GPU in terms TFLOPS you need to consider few things CUs (computer units) and the frequency at which the CUs are running at. If you look at the above difference you will notice that the PS5 has 36 CU which runs at high frequency of 2.23GHz whereas Xbox Series X has more CUs (52) which runs a 1.825 GHz which is much slower speed than the PS5. Sony believes that a high clock speed per CU is more preferred than a high number of CU with lower clock speed.

Glass fibre is impregnated with epoxy resin through dipping and spraying to make the substrate used for PCB.  The panels of substrate are stacked one on top of each other pinned together and keep them from moving. The joined stacked panels are then placed in a CNC machine (3 axis) and holes are drilled according to the desired pattern achieved when the boards were laid out. The holes are deburred to remove excess material adhering to the edges of the holes. 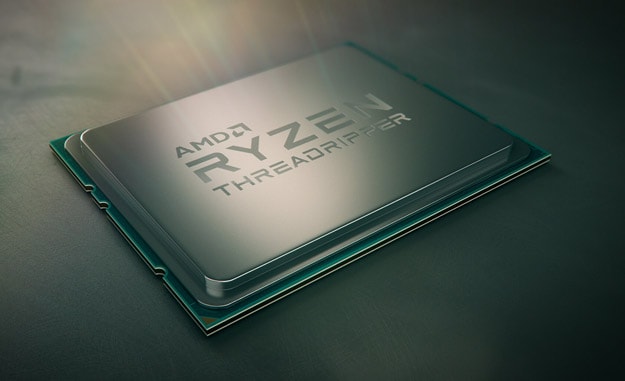 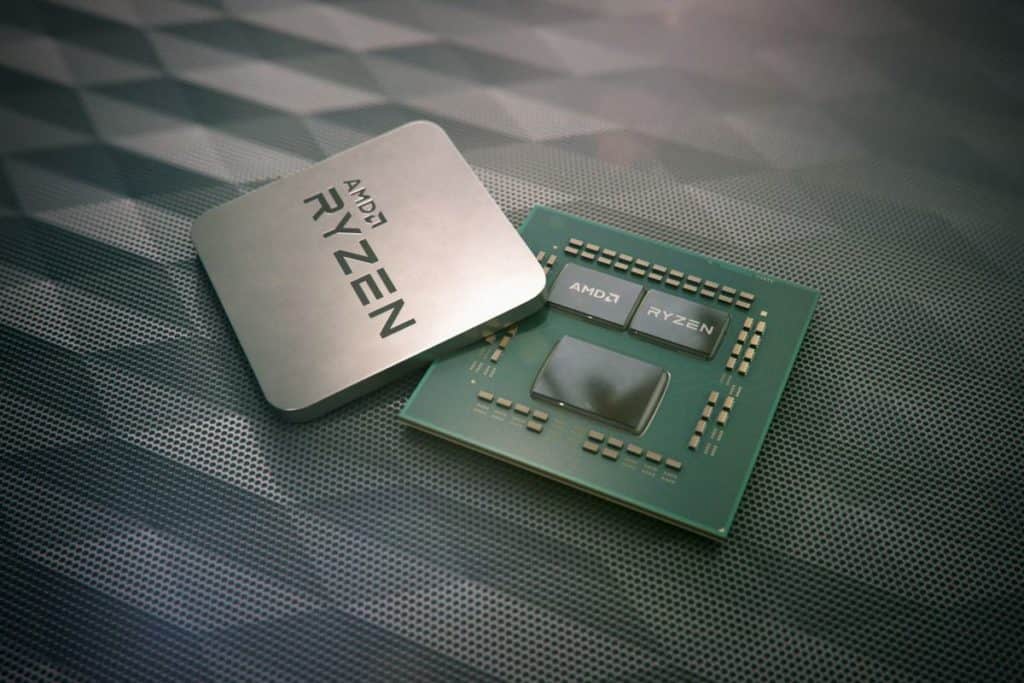 AMD, APU in PS5 and Xbox

The processor casing is made of 303/316L steel, which Is CNC machined into the desired shaped  the metal component is further Electro polished in an electrochemical process used to polish. Passivate and deburr the parts to reduced surface to surface roughness 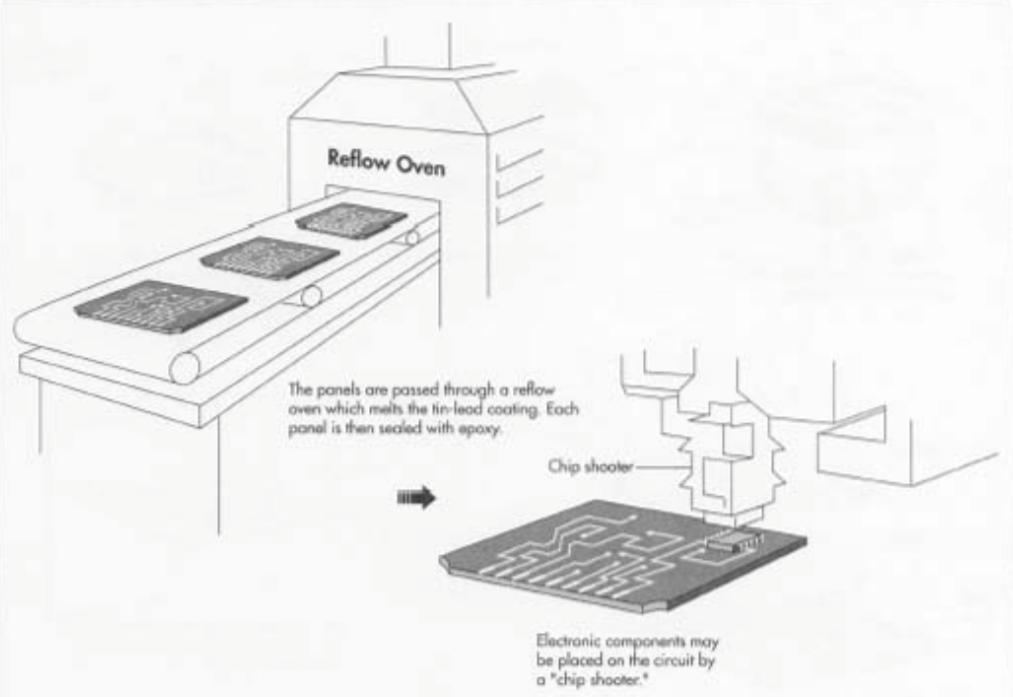 For a double side PCB the holes are designed to provide a conductive circuit from one side of the board to the other and to the other are coated with copper. Non-conductive holes are plugged to keep them from being plate or are drilled after the plating has happened.

The panels are further electroplated with copper, foil is placed on the substrate surface to act as cathode in the electro coating process. Copper is electroplated in the foil exposed area to a thickness of between 0.025-0.050 mm. Tin-Lead Is used to coat the surface of copper printed circuit pattern to prevent it from oxidation. The Tin-lead is further fused into a reflow oven to close its porosity and make it shiny.

NB* GDD is not RAM but video memory, however part of it is used as RAM and the remainder is used in games as actual game memory.

Microsoft did that because they want developers to have access to an extremely fast GPU memory, well a CPU does not need a faster memory and neither does the OS. That means in game the GPU will receive 10GB of memory at 560 GB/s, the OS will receive 2.5GB at 336 GB/s and the CPU will receive about 3.5 GB of memory at 336 GB/s bandwidth.  Here is a cool fact if you take the average bandwidth of the two chuck spilt of the 320-bit memory interface Avg [560, 336] you will get 448 GB/s which is similar to the bandwidth of the 256-bit memory interface of the PS5. Which makes sense since APU which constitute of the GPU and CPU of both consoles are made by AMD. So the memory is quite similar just that Microsoft decided to spill it to give developers an advantage.

5.5 GB/s is insanely fast and about 110 time faster than its previous generation PS4. On the other hand Xbox Series X speed is 2.4GB/s which is 50% which is considerably slower than the PS5 drive. Adding on to this Sony sad that its PS5 storage is so fast that it can technically be used as RAM. Because 5.5 GB/s is almost as fast as DDR3 RAM with its 1066 MHz of memory is 8.5 GB/s faster. Since the faster memory has a direct impact on the frame rate of the game then Sony has a bigger advantage here.

The Xbox Series X has 1 TB internal drive memory whereas the PS5 has between 800GB- 1TB and the usable one is 825 GB. In Xbox Series X you can expand the memory by insert a 1TB of memory drive at the back and with PS5 you can support any modules which you can buy off Amazon that has at least 5.5GB/s in speed, which is a wide range of selection of drives as compared to Xbox Series X which can only offer one.